I don't want to be a spoilsport, but women do pretend to have orgasms, and have been doing so for a while.

Here I will tell you with a 100% honesty why they do this, and how you can prevent it in the future.

Warning: If you'd rather not find out if your wife or girlfriend has been faking orgasms for years, don't read any further.

This is what you will learn:

This is how many women fake it

Less than half the women polled have orgasms "often"

But the truly shocking thing;

Only 17 % reported they always haven an orgasm....

So if you think your girlfriend ALWAYS comes? There's a good chance that you're dealing with a woman who fakes it. ​

So unfortunately there's a good chance that she's faking an orgasm. Alas. But before we jump to conclusions and feel less manly, first let's look at the specific reasons

10 Reasons Why She Fakes Orgasms

According to recent scientific research there are about 4 reasons why women fake orgasms. The categories are a bit tedious, and unfortunately not practical, so I will explain it more clearly to you below.

Faking orgasms according to science

1. Altruistic deception. Women in these groups fake orgasms, because they don't want to hurt their mans feelings.

3. Faking it increases her own excitement. Pretending to come gets her more excited.

4. To end the sex faster. If she pretends to come, she hopes it will be over sooner.

Let's explore this further, and in a more practical sense:

1. She pretends to come, because she loves you

It may sound odd, but the reason she pretends to come, is because she loves you.

And women know this too (or they should know it).

And it's possible that she doesn't feel like having sex every now and then. Instead of stopping the sex and hurting your ego, she'll pretend, to make you feel good.

It's rather sweet of her, if you think of it that way.

2. You come too soon

If there is 1 big problem us men have in bed, it's that we sometimes come a little sooner than we'd like.

Here is data from some recent research into this:​

​Why she fakes it

She might be afraid that, if she doesn't fake it, there won't be a good bond between you. She doesn't want to hurt your feelings, she wants to make you feel good about yourself. And that's why she pretends to come, when you come too soon.

Fortunately, lasting longer in bed is something you can learn. This is a good article to start with.​

3. You can't seem to come together

Coming together is something a lot of couples want, but can't manage.

Maybe you did manage it once, and you notice how you bonded more and were very satisfied with your sex life.

​Maybe you've made a huge effort for her, to make her come at the same time. You've given her hours of foreplay, you've switched positions to last longer and you've talked about how much you'd love it for hours...

..And then, right before the moment arrives... you come too soon.

Is it strange that she wants to spare you the embarrassment, and acts like you did come at the same time?​

She can also just be very tired. That's okay.

These are 4 simple solutions:

A one trick pony is someone who only knows one trick.. and if you can only do one trick in bed, it will soon become boring in a relationship.

​For example in this article on erection problems I will explain what the Coolidge effect is in tip 10.

This effect causes men to have more trouble coming with the same partner.

Why you should fix this soon

If she thinks you're boring in bed, it's time to do something about it today. What I'm saying is, you should have started yesterday.

Especially if she's already asked you to try something new several times, you're just asking to get dumped.​

Here are a few suggestions, to help you get better in bed​

6. She doesn't like what you want to do in bed 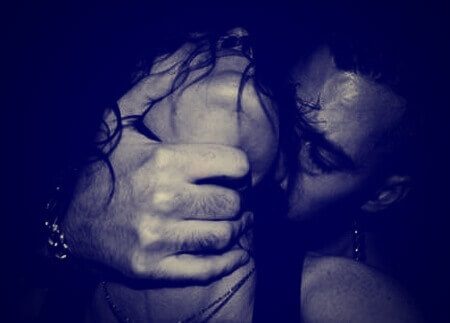 Another reasons why women fake orgasms, is because they're in pain.

Especially with too little foreplay, normal sex can be painful for her.

​This is something you often see in a relationship. Because as men we have the nice characteristic of being very emotionally stable.

We never feel afraid when we're walking alone on the street at night, we're not always thinking of reasons why our partner doesn't make us coffee, and that kind of stuff.

What to do when this happens

You can mostly tell when a woman is thinking like this. She's not happy and she might be acting passive-aggressive.

Once you notice it say: "If there is something wrong, just talk to me about it."

If she doesn't react, or says "Nothing", you should say, in a sarcastic tone: "Ok, I understand... you want me to telepathically know what you're thinking... and you think you can solve this by being passive aggressive.."

So don't try to be logical about it, but make fun of it so she'll tell you what's wrong.

Some women have little confidence, and they're afraid that you won't like her anymore if she can't come all the time.

So she just pretends to come, to conceal the fact that she's bad in bed, or that she has trouble coming. ​

9. She is afraid to tell you what really turns her on 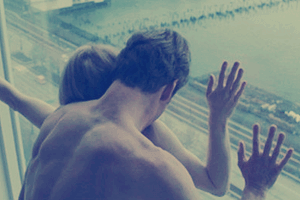 Women are put in a tough spot

On top of that, many women have strange sex fantasies. Women often fantasize about things that would shock most men.

It is very common for women to have sexual fantasies, that they wouldn't even dare to discuss with you. Normal sex may be boring to her, so she fakes her orgasm.

Faking an orgasm turns some women on, so that she'll come more easily later. It's not a common reason, but you might be lucky like that.

How to know that a woman is coming

I would love to give you a checklist to know whether or not she's faking her orgasm, but there is no such list.

Women are very good at faking it, and you'll *never* be entirely certain if she's come, let alone how her orgasm was.

That's why you should always ask this question:

"That looked very intense... I don't know if you were on the edge or just over it... but I am curious how it felt"

If you ask this questions, you'll get feedback right away, and you can use this to give her even better orgasms next time, and the times after that.

Especially if you get better at it, it's a fine line between, for example, one long orgasm, or multiple slow ones in a row.

How to make her come

Here are 3 practical articles, that teach you how to give her mind blowing orgasms:

But the most important trick is the following:

This Master Lover Principle is a little bit of a strange trick, which consists of 2 simple steps. It will make a woman impossibly wet, and have multiple powerful orgasms.

And the best thing?

Afterwards, she'll thank you for being able to do this. She'll literally become addicted to sex with you, and only you.

Click on the image below, enter your email address, and I'll send it to you for free, immediately to your private inbox.